I was having an interesting discussion last week with someone who is in the image processing business and he was lamenting the fact that there is so much video around these days – in all areas of life, not just in the marketing sector – that it is becoming like wallpaper and in danger of losing its impact.

Because of that, we agreed, the power of the still image – the power to arrest and the power to stick in the mind – is just as immense as it ever was.

People remember significant events in frozen moments, I believe…that is why a good photograph, portrait or graphic can transform your piece of communication, whether it be a news story, a poster or billboard or a printed ad.

The power of the image is what is behind a campaign by Advantage Y&R in Namibia on behalf of environmental activist organisation Greenpeace, which wanted to highlight the danger posed by waste and trash.

The agency commissioned two young local Namibian artists – Petrus Shiimi and Saima Ita – to convey the idea that “trash will pollute our future”, to underline the impact pollution will have on our children and their children.

The artists each produced an African mask constructed from trash. The masks were then worn by children – the generation which will be affected by our rubbishy ways. 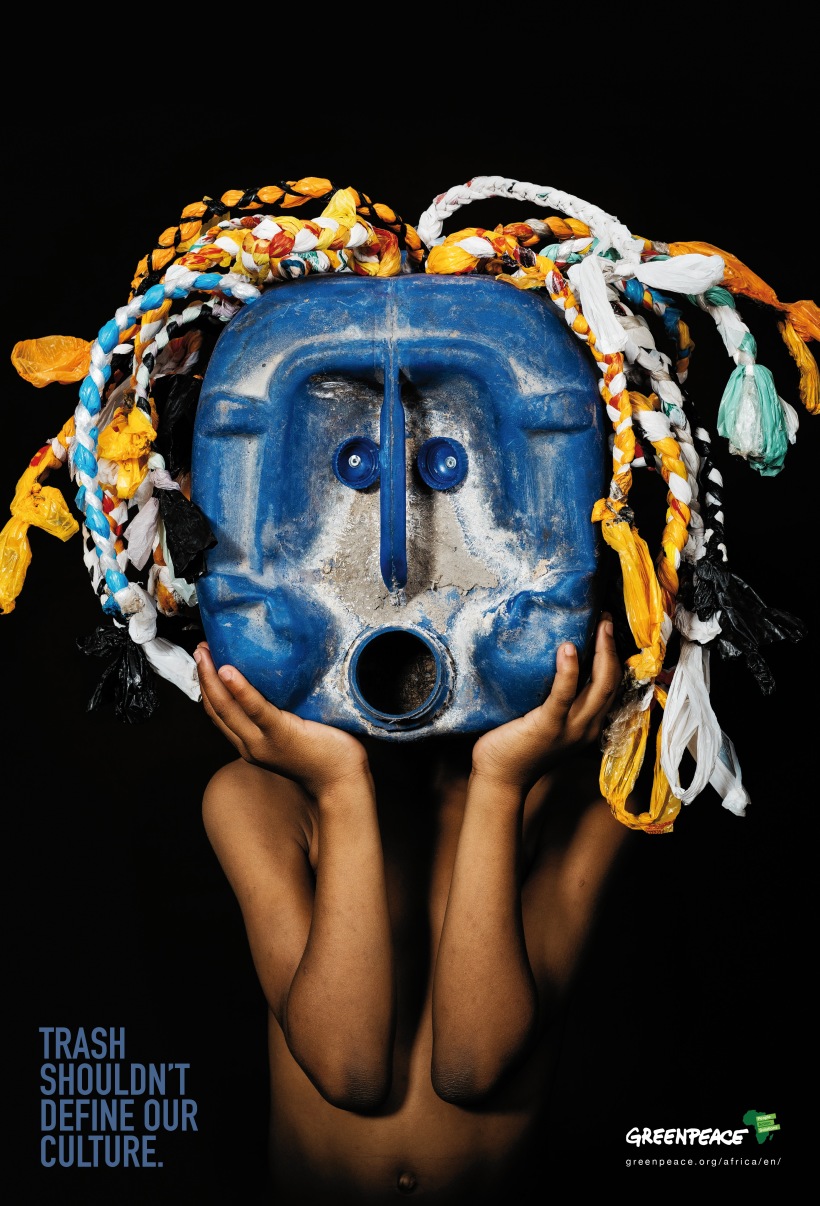 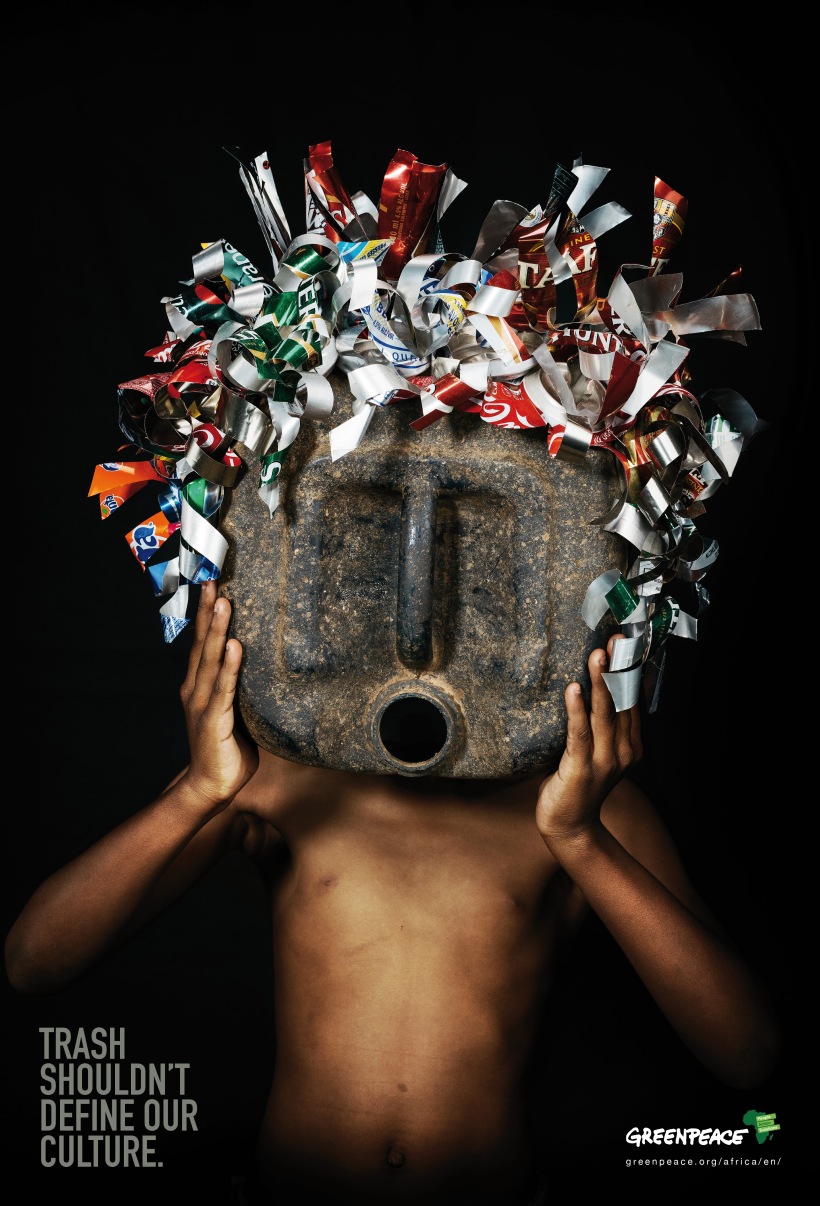 The images run over the tagline: “Trash shouldn’t define our culture”.

It’s simple, it’s effective and it becomes almost performance art. It’s arresting and you can’t help but notice the tagline.

I also like to see our own talent – and by that I mean African, as opposed to imported mid-Atlantic twangy-cheesy smiling clowns – being used for an important project.

So, Orchids to Greenpeace and to Advantage Y&R.

I wondered, looking at some digital advertising this week, whether we might not see some lawyers’ letters flying back and forth following the use by Toyota Automark of the phrase “Trust is earned”.

Automark’s web ads use that pay-off line, which just so happens to be synonymous with Coronation Fund Managers, and which has appeared in a number of that company’s successful and entertaining TV ads, some of which have earned Orchids from me.

Coronation has gone to the trouble of trade-marking the phrase which, although it is not uncommon, has been seized upon by them as a way of selling their investment products in a highly successful way. I suppose Toyota could always argue that, even if Coronation has trade marked the phrase, then the protection would only apply to the financial services sector. And maybe they would be correct – and maybe Coronation wouldn’t bother.

However, I still think that it is lazy copy writing.

OK guys, what do we want to say about our cars? That people should trust them! Yeah! Anyone seen that ad where they say “Trust is earned”? Hey! That’s cool…

Also, I am not quite convinced the use of the phrase is anything other than clumsy in the digital execution.

Trust is earned. That’s why it comes standard with us. What does that mean? Trust is earned – but not really, not if you do business with us because we just give it to you…

Come on, people! It might have been better to say: Trust is not easy to find these days; but with us it is not an optional extra – it comes standard.

My pleasure. Invoice is in the mail…