When it comes to marketing, I hate the expression “content producer” – the one which gets bandied around frequently these days as brands, or their agencies, start producing “content” for “consumers” on various “platforms”.

I much prefer the phrase “story teller” – it humanises both the brand and the person behind the story as well as the person receiving it…and it reminds me anyway, that people are more than widgets and numbers.

But there is no denying that brands these days are all climbing on the “content production” bandwagon, spending millions and even billions on telling stories and hoping they will “go viral” and thereby cheaply enhance the standing of the product. Sadly, that is not always the case and social media can turn what the marketing and advertising clevers thought was a good idea into a disaster. Just ask Pepsi, which recently produced an “epic fail” with its “people’s power” TV spot featuring one of the endless Kardashian clan.

However, Hyundai Motor Company got it spot on recently with the story they decided to tell – by taking the first passenger vehicle across the Antarctic continent. Not only did they do that – with a near-standard 2.2 litre diesel Santa Fe SUV – they got the great-grandson of polar explorer Sir Ernest Shackleton to drive the vehicle. Patrick Bergel drove the Santa Fe from Union Camp to McMurdo and back again, in December last year, at the height of the Antarctic summer. 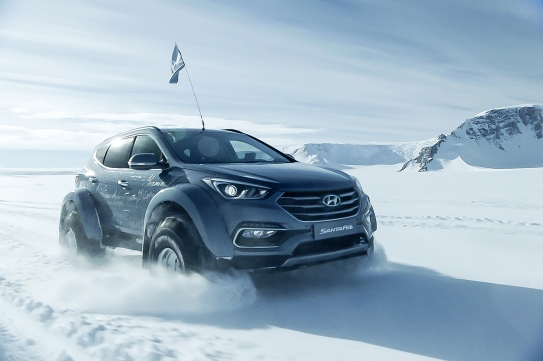 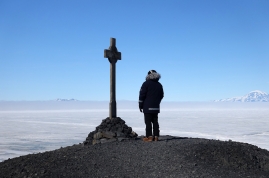 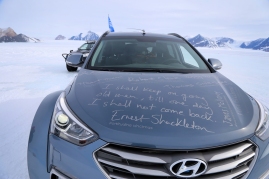 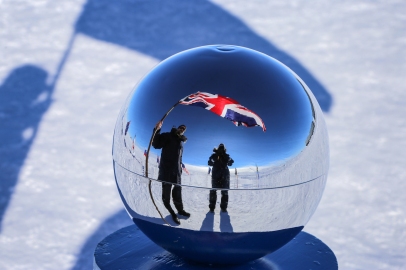 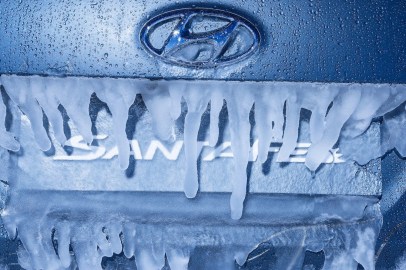 The journey was timed to commemorate the centenary of Shackleton’s Trans-Antarctic expedition of 1914 to 1916, which ended in failure after his ship became trapped in pack ice and he decided to abandon his dream and save his crew of 27.

But what really makes the Hyundai “publicity special” was that the company’s vehicle and own story almost took a back seat to the story of the descendants and Shackleton and his men. They are featured in an excellent film of the event and most descendants make the point that, though the expedition may have not succeeded, the selfless decision by Shackleton meant their ancestors came home. If they hadn’t got home, we wouldn’t be here, says one.

The film is a benchmark piece of marketing entertainment. But, at the same time, it showcases the Santa Fe and leaves you with a new respect for a vehicle I had hitherto regarded of a Mom’s taxi” wannabe 4×4. The event also positions Hyundai as the facilitator of a journey which sees the wheel come full circle. It reminds us, (through the experiences of the modern adventurers – with all their technological back-up) that the Antarctic, beautiful though it is, can also be deadly to the unprepared or the unlucky.

Towards the end of the film comes the inspirational statement: “There is no greater journey than the completion of a dream”.

In this case, it’s more than a marketing cliché. Hyundai reminds us that human beings can overcome huge challenges.

What really sets my teeth on edge is the continued use of foreign material in TV ads.

A repeat offender in this regard is Sensodyne, the toothpaste supposedly recommended by most dentists for those people with sensitive teeth.

Most dentists? Well, it appears that these dentists would have all been foreigners, which makes you wonder indeed if the same recommendation would be applicable in South Africa.

In every ad for the toothpaste, there is a foreign dentist extolling its virtues – the latest being Dr Prasad Vishnupurika from London. Why can we not find someone local who can be the face of the brand? Is it because our medical regulations will not allow a professional to promote a product? That may well be so…but to continue to use foreign dentists in the ad, speaking to what was clearly a foreign survey among dental professionals, doesn’t do your brand much good.

If you are to be honest, Sensodyne – and heaven knows, wouldn’t that be refreshing in the ad business? – then you should make it clear that Sensodyne is recommended by “most non-South African dentists”. Then people can decide for themselves whether to believe you or not.

In the meantime, you get an Onion because your use of foreign material is actually misleading people about your product.