It’s winter time and in winter many a young man’s fancy (and that of slightly more mature ones like me) turns not to love, but to food.

I reckon that when the cold sharpens hunger pangs, then food advertising will be even more effective.

So, no apologies for singling out a fast food ad for an Orchid this week, following last week’s one for Wimpy.

This one is for a current campaign for McDonald’s and it gets the Orchid for several different reasons.

Firstly, there is the clever creative realisation that, when it comes to most things we humans do – but especially when it comes to food – we look to rationalise. And we find reasons (OK, excuses) for stuffing our faces.

Often the reasons we come up with for stepping off the straight and narrow of a diet, to justify that almost irresistible fast food allure, are illogical or even silly.

So, in the campaign for McDonald’s , we see the various differing justifications people come up with for getting themselves a Big Mac. The theme is “Any Excuse”, which sums up the way we behave and reinforces the pitch that wolfing down a Big Mac – shown in juicy colour in all the executions, from billboards, to print and to the video commercials – is something you don’t really need to justify.

It’s a good showcase for the product and the alluring R39.90 price, but it also unashamedly punts the idea of fast food and its addictive nature…and to hell with the do-gooders who claim it is fast food which is making the world obese. 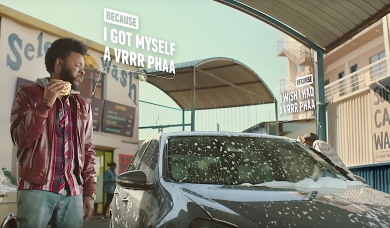 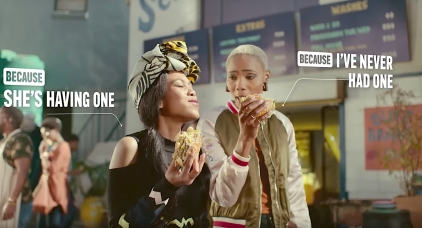 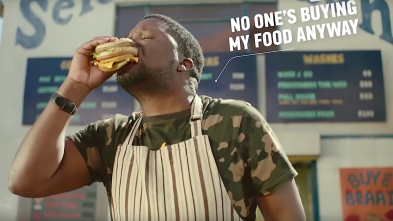 What I also liked, in the print executions, was that the creative teams went to the trouble of crafting individual messages to fit each newspaper in which the ad was placed (and they usually ran in pride of place on the front page). I know it takes quite a bit of extra work (and thinking) but it’s worth it because it shows that you, as a brand, are uniquely aware of the subtle differences in your target market.

So, an Orchid for McDonald’s.

I’ve complained before about the clever “programmatic buying” which places ads on digital sites based on some intricate analyses of numbers, target markets, times of day etc.

Because the buying and placing of the ads is not subject to human involvement, you miss out on those important human traits of discretion and the ability to see whether something is appropriate or not.

Just as, years ago, a brand like Rolls-Royce would not take out ads in a Salvation Army magazine for fear it would be seen as offensive to those standing in line at the Sally Army’s soup kitchens, so brands today with humans in control are careful about where their marketing messages appear. So, I don’t believe Ford, for example, would have advertised its ignition-prone Kuga models on news sites covering the Knysna fire.

Yet, with programmatic, there is no such discretion: the ad will be served wherever the programme believes there are eyeballs.

Sometimes that just jars, but it can damage the brand image if the product comes across as insensitive.

The “Let Them Eat Cake” Onion this week goes to the program which decided it would be sensitive to flight video ads for the new Maserati Levante SUV on news websites, without regard to the content.

So, in the last fortnight in which the ads have been running, I have seen it running (and you can’t stop it because it runs before the news article or video report) on stories about poverty, about unemployment and even on the Deloitte report about the obscene salaries South African company CEOs get paid. (I say get paid because R70 000 a day, as an average, is not “earned”…)

At the end of the ad, as you’re about to get bombarded with information about the huge wealth gap and inequality which exists in this country, Maserati reminds you of that: Price – R1.7 million.

Onions for Maserati, for allowing this to happen and to its agency for relying on programmatic ad buying.