I still think the logo of insurance giant Santam is one of the best. It is a simple yellow umbrella over the company name, which is in blue.

Some years ago, the company had a brilliant billboard alongside a highway. It was simple and featured the umbrella logo, with the tag line: Vermy Donderdag.

Translated literally, that means: Avoid Thursday. But the way it was put meant it also translates to “Avoid thunder day” (or avoid bad weather).

I was reminded of all that recently by Santam’s latest TV ad, which sticks faithfully to the theme of what happens when things go wrong … although this time it is approached from a slightly different angle.

It focuses on the hi-tech world we live in, where we are surrounded by so many clever devices that it really does seem as though the Brave New World of AI (artificial intelligence) is just around the corner.

We see technological innovation taking us to places we’ve never been – skyscrapers that literally end in the clouds; cars that drive themselves; drones that deliver pizzas; smartphones …

But lurking behind it all is the question: What could go wrong? We see some of the possibilities – like an exploding and burning smartphone, a pizza-carrying drone going out of control, a “smart” house controlled by a “smart” device that looks as though it could set everything alight through the automatic fireplace.

And then we have an appearance by someone who looks suspiciously like Donald Trump, while the voiceover says some people don’t believe in climate change and sticking to the emission agreements.

Then we see a farmer scratching his head as he looks at a dry dustbowl of a field, muttering, “What could go wrong?”

Finally, there is a talking electronic version of a human head, asking the same question. 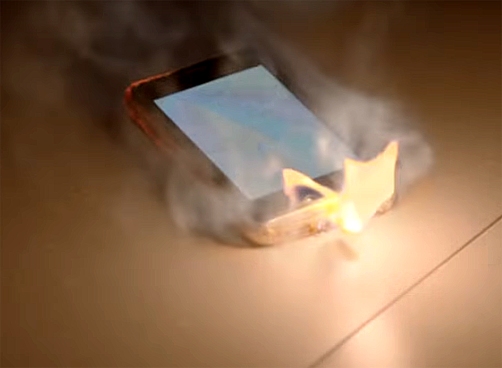 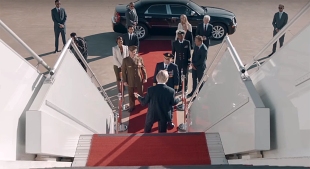 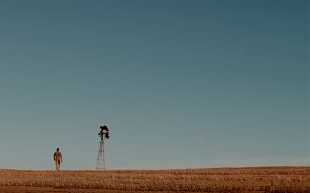 Santam, the ad promises, is keeping up with change, it is looking ahead, to be better able to assess the new dangers and threats that haven’t as yet even showed up on the horizon.

That’s exactly the message I’d want to hear from my short-term insurer – and the fact it is packaged in an entertaining and thought-provoking ad is what elevates this piece of work to Orchid status.

Well done, Santam and King James, which was the ad agency, and Velocity Films that made the clever idea so real.

Getting the truth, the whole truth and nothing but the truth out of advertising is about as easy as getting a Gupta to admit the e-mails are real.

And, in marketing communication, it is often the case that the plainer the product, the more lurid the advertising copy.

But you would have to go a long, long, way to equal Renault’s reality-bending prose for its entry-level Kwid car.

A radio ad I heard the other day said things like the Kwid was packed with the latest in F1 technology, or that it had been developed with Formula 1 technology.

What I heard clearly was that the car is related to the Renault F1 Grand Prix machine. To digress: it is also a proven adage in the car industry that what wins on the racetrack on a Sunday sells in the showroom on a Monday.

As a Subaru fan (we own two of them), I am more than happy that my Foresters actually resemble, in basic drivetrain and all-wheel-drive layout, the company’s giant-killing World Rally Championship-winning Imprezas of a few years ago.

That’s one of the reasons I bought the car: I love the racing heritage … However, in the case of the Kwid, it bears as much resemblance to a Renault F1 car as I do to Sean Connery … perhaps less because I am younger than him.

The only thing the Kwid has in common with the F1 Renault is that it has four wheels.

Oh, and now it also has an Onion … and that you definitely won’t find on the Grand Prix Renault.