One of the greeting card platitudes that annoys me is the one that says: “You can be anything you want to be.”

No, you can’t. Simply wishing desperately that I could be an opening batsman in a Test at Lord’s is not going to make it happen.

When I was at school, I faced our first-team bowler once: I didn’t even see the balls he bowled. I closed my eyes and the first one went for four. The next one took out my middle stump and almost killed me.

So, my cricketing spirit may be willing, but my cricketing flesh is weak. However, I do really like stories of a good idea coupled with the sort of determination that can change a life, or lives.

So I was taken by the story of how Richard Maponya, well-known and successful businessman, got his start in life. According to a new video produced by Nedbank, his story goes back to 1952, when he was living in Soweto and feeling frustrated because the milk he bought from the local shop went off quickly.

So, he came up with the idea of paying local kids with bicycles to collect and deliver the milk to township residents every day before dawn. And so the Maponya business empire was born. 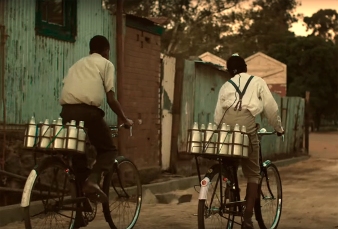 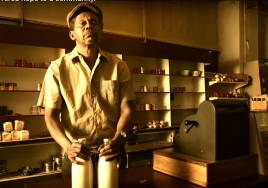 I have no idea whether the story is true, but it does have a ring of authenticity about it. It also makes the point clearly that having a little money, and looking after it, can give you the start in life you dream of. And a bank can help you there, says Nedbank, as it asks: “What possibilities do you see with the money that’s in your hands?”

I love an ad for ANN7, the Gupta TV channel. It attempts, cleverly it thinks, to rework the old saying, “hear no evil, see no evil, speak no evil”. But it all falls apart because they ignore the logical progression in the last part of the saying.

So, their ad goes: “Hear evil, see evil…” and then describes how they will hear and see the evil and report on it.

However, the logical progression of that phrase should have been “speak evil”, shouldn’t it? And given their links with the Guptas and Bell Pottinger, and the nightly propaganda they spout, that’s probably closer to the truth than they would admit.

For bastardising a saying and turning it into something that can actually bite you back, you get an Evil Onion, ANN7.