While all our attention has been focused on the campaign to save rhino from poaching, another massacre has been unfolding, almost un-noticed…that of Africa’s elephants, which are being shot out for their ivory.
It is easy to understand why this has not concerned us so much: there are, seemingly, plenty of elephants in Africa – so many, in fact, that in some places their numbers have had to be controlled through culling.
The reality, though is that the elephants of our continent are being decimated. They already cease to exist in most countries where they used to roam…and the threat is very much also against us in South Africa.
Hundreds of millions of Rand are being spent on the “boots on the ground” campaigns to stop rhino and elephant poaching…but we also need to work on crimping demand. And that will only come through education.
So, I welcome any form of communication which targets the end users.
One of the best of those around at the moment is a print campaign for the Endangered Wildlife Trust, which focuses on the growing illegal international trade in wildlife and wildlife products.
Produced by Artifact advertising under the guidance of its creative director, Bruce Anderson, the superbly shot and then manipulated photos show how an animal ends up as a product.
In the case of the elephant, we see it with one of its tusks carved. In the case of the even more endangered pangolin, we see it with an apparent medicine label stuck to its scaly back, recommending its use to cure various ailments. (Needless to say, all the claims of medicinal benefits from animals like the pangolin are rubbish…)

The tag line is simple: See the animal behind the commodity.
I hope that Artifact feel good about this campaign. It is excellent work for a worthwhile cause and for the EWT, one of the most solid organisations in the conservation sector. Orchids all round to you all. And may your work have results (even if we can’t see them right now, this is all about changing attitudes).
Oh, also: Thank you. 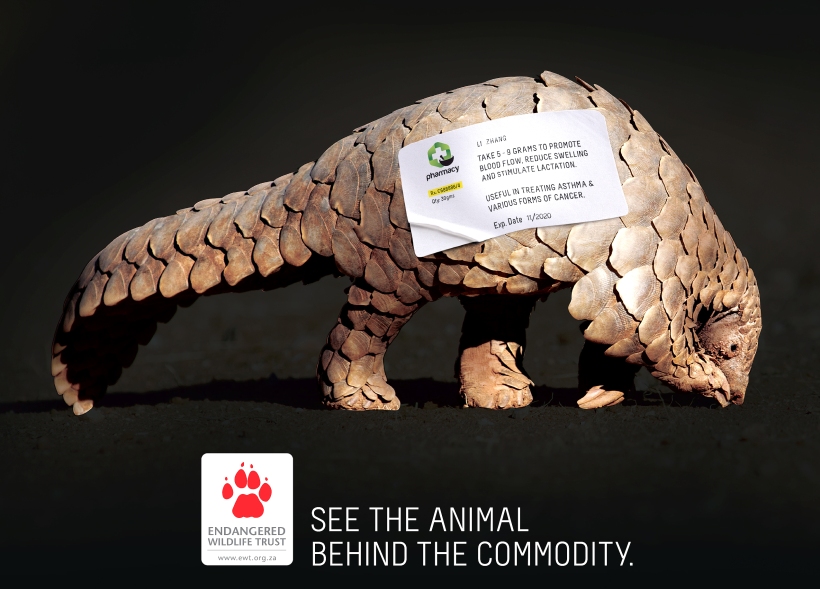 It is unusual that I give Orchids to the same agency for two different pieces of work in the same week, but step up Artifact again for your cheeky, clever billboard on behalf of Telkom, which demonstrates a sharp news sense at its finest.
While cybersphere was ablaze this week with the mystery of they disappearing data (and, therefore, money) from Vodacom’s bundles, Artifact’s team came up with this billboard promoting Telkom’s Free Me call and data offerings.
It had a “Wanted Missing Data” message in red on one side of the billboard and, immediately next to it the word “Found” in Telkom’s blue font.
Then came the perfectly timed call-to-action: “Lost some data recently? Sign up online for any of our FreeMe 1GB deals and we will give you 20GB feel good data valid for 3 months on us!”
News-driven and opportunist marketing at its best. Building both brand and retail.
Orchids to Telkom and to Artifact. 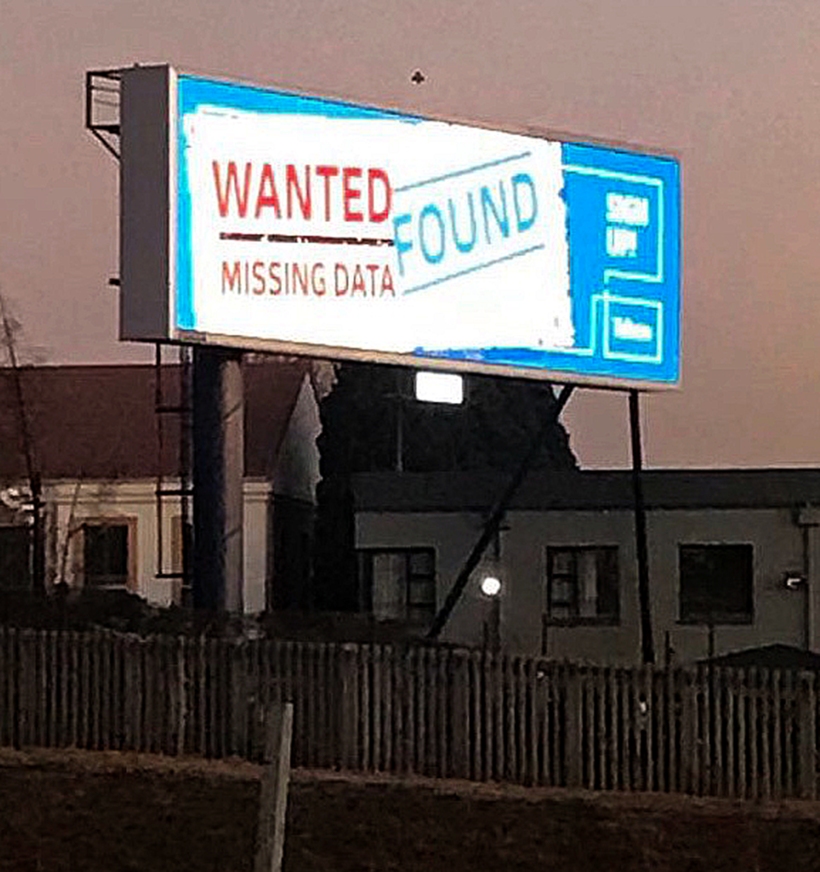 Even though Vodacom did do the right thing, reputation-wise, in moving to reimburse all those who had lost data and airtime because of the system glitch, their offer of a 500MB data free gift actually lost a lot of its shine…because the cellular provider stipulated that the data had to be used within three days.
It just sounds a bit mean and takes the edge off your generosity, Vodacom. So, it effectively backfires as a genuine gesture.
What would it have hurt to extend the period to 30 days, or even indefinitely? Given the fact that your data packages (and those of most other providers) expire after a short period (meaning the consumer loses the money they paid for the unused portion), this just makes you look grasping.
So you get an Onion…one which is valid indefinitely.