It’s surprising how things coincide, isn’t it? I was struck a few days ago by a powerful and poignant commercial for eNCA for its TV news.

It was another in the station’s series of “house ads”, which are built around the premise that their news is reliable and not fake, and gives you the information you need to be able to make proper assessments of the world around you.

The tagline is “Know More. Judge Less,” and the simple ad features a car guard getting ignored – as many of them are – by the wealthy suburban woman climbing out of her SUV with a child.

We hear the man thinking to himself. He wonders if this woman, who has just looked through him, is aware that he does not do this job through choice; that he is a well-educated man and that he has children of his own.

It gave me pause for thought and how I, like many fortunate people in this country, tend not to see the poverty and poor people around us. And especially the car guards who are, at least, trying to earn an honest living rather than turning to crime.

But what made the TV ad all that more biting was when I was putting together our page earlier this week on the appalling incident in Pretoria when a drunken lout urinated on a sleeping car guard, who was probably also homeless.

What kind of a human being does that to another? I suppose the sort of human being who lives in a country where we have been brutalised, in various ways, for centuries and where life is cheap and respect for the dignity of another is almost nonexistent. 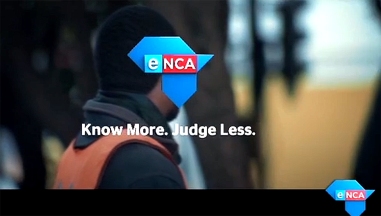 Well done to eNCA for reminding us people are people and not the subhumans which the pissing idiot clearly believes some are. An Orchid to eNCA.

Some years ago, on a trip with Ford to Jordan, I engaged in lively discussions with some of the carmaker’s marketers. I learned a lot, especially from their predictions about where the international car business was headed.

Some of the most vigorous debates were around the subject of social media and its use as a marketing tool.

In common with many other marketers I have met, they either rolled their eyes or looked at me patronisingly as if I had blundered into the 21st century by accident when I began asking questions – or pointing out the digital emperor sometimes doesn’t have a lot of clothes on.

The question that makes all digital evangelists uneasy – and why they so easily dismiss those who ask it as ignorant – is “why?”

‘Cost’, ‘reach’, ‘millennials’ were all words slung at me.

However, I was ignored when I tried to emphasise the biggest danger in using social media to sell your brand: you cannot control it.

That was something the local Ford people would have seen this week when they took a whole bunch of journalists, lifestyle writers and “influencers” to the Eastern Cape for a driving tour to launch the revamped Ford Kuga.

Those on the “jollie patrollie” had no problem singing for their supper and gushing about how wonderful the car was, how beautiful the Eastern Cape was and how amazing the food was.

Few of them talked about the motoring elephant in the room: the previous Kuga’s reputation for spontaneously combusting.

Perhaps they accept the new models are so different to the older ones that the fire danger no longer exists.

Could well be: the new car is excellent and has a completely different powerplant to the one that kept catching fire.

However, social media cannot be controlled and even on Ford’s own Facebook and Twitter timelines, the comments were mostly about the fires.

And no matter how your gushing guests try to convince cyberspace the new car is great, one or two posts – like the one showing firemen and an enormous conflagration, captioned “Reporting live from the launch of the New Kuga”, can bring your marketing efforts to naught. 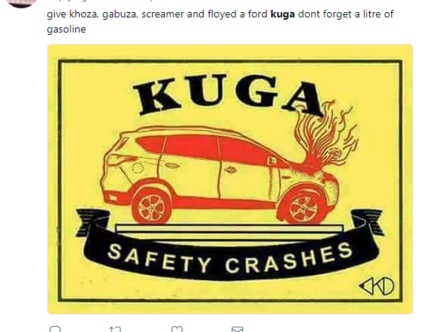 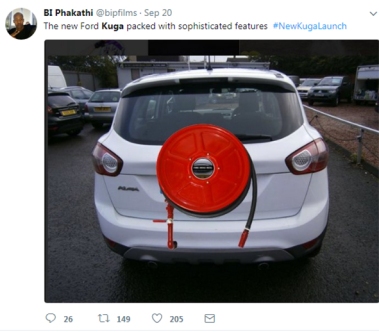 This marketing is already backfiring, as did the company’s handling of the fire crisis in the first place … although I must place on record that that PR disaster was the fault of Ford international and not the local people … and even though American Jeff Nemeth, the head of Ford SA, was “transferred” after the fiasco.

Reputation can be destroyed in days. Ask KPMG. And, in the case of Ford, I fear that the Kuga – excellent car that it is – will gather cobwebs on dealer floors.

But for using social media and inviting all of cyberspace to have a dip at you when people were slowly starting to move on, is not clever marketing. Nor is leaving the car’s name the same.

So a sizzling Onion for you, Ford.

What’s your view on advertising? Drop me a line at brendans@citizen.co.za