Normally, I’d wonder whether a company that goes to shoot a South African commercial on location in Iceland has more money than common sense.

There are very few similarities between the two countries, either in the physical nature of them and their climate or the way they are governed.

And, on top of that, South Africans, in general, are pretty ignorant about their own country, never mind the land of Fire and Ice, which only seems to pop onto the international news radar when one of its active volcanoes spews ash into the air and brings a halt to flights all over Europe.

So, I should really have been annoyed with the latest Chicken Licken ad, which was shot in Iceland, and although SA ad agency Joe Public did used Icelandic actors and crew, it still would not have been cheap.

But perhaps because it is so different, it does stand out from the same-old, same-old of a lot of fast food advertising. And, if your brand is standing out amid the clutter, then you have got your foot in the door, so to speak, of a customer’s mind.

Its a wacky premise: a boy in the village of Vík í Mýrdal starts showing odd behaviour from an early age, behaviour which is totally out of place in that country.

He starts saying things like “Frikkie!”, converting a football over the goals, rugby-style, braaing fish on a beach and even telling dogs to voetsek when he walks past them. Sounds familiar? To us, yes – but not to his befuddled family, who call in a shrink to help.

He decides the boy is reliving memories from a previous life. Then one day a stranger shows up at the door bringing a box of Chicken Licken’s new Double Chick’n Boerie Burger … and there are smiles all around. 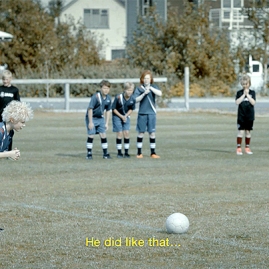 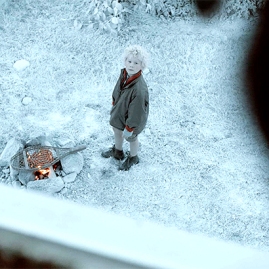 The tag line reminds us that the fast food brand is “for those truly South African at heart”. It’s quirky and different and perhaps a sign of a different marketing direction by Chicken Licken, since the death of its founder, George Sombonos.

Joe Public is the new ad agency on the account and this looks like a sign of good things to come. And, by going big rather than going home, Chicken Licken also shows a brand which is confident in itself. So Orchids to all involved.

May we all have a minute’s silence, please, for another quiet death in the grammar family in South Africa. And in that moment of silence, please consider the role you played in the deliberate dispatching of a word that used to have a role and was a part of the way we spoke and lived.

The word is ‘are’, and the pedants, like me, who are laying a wreath at its grave in the cemetery of language, will acknowledge that the marketing industry had a lot to do with it.

But sadly, all of us, including me, are guilty of it. Why have we decided to short-cut it out of our vocabulary? Are we lazy? Do we not know any better?

Latest example – and this is only because it flashed quickly across my mind – was in a radio commercial the other day for First National Bank, where “are” was chopped a couple of times from sentences. There are a few possible conclusions that can be drawn from this.

Firstly, the ad copywriters left the word out. I do realise language is not the thing it was, but I generally think our marketing wordsmiths are not bad at what they do, so I will give them the benefit of the doubt. More likely, though, is the fact that the voice artists doing the ad simply read it the way they speak … sans “are”.

The problem is that wherever the problem originated, nobody in a position of authority noticed, or, if they did, they let it go as being minor. Maybe it is, but I don’t know if I would like to deal with a bank – that most pedantic of institutions – if it was not accurate in everything it did.

So, an Onion for FNB, but also to everyone else who does it. You ARE annoying me …