First for Women has always been a company focused on its product – providing insurance packages tailored especially for women. This acknowledges that there are gender differences when it comes to underwriting risks. Some men might not like that but it is the reality: Men are more of a risk, when it comes to insurance, because, generally, they are less cautious than women.

First for Women’s advertising has, over the years, zeroed in with humour on those differences…sometimes annoying men in the process. My brother-in-law, for example, complained that the advertising was sexist because of its implication that men were worse than women on the road.

The opposite, he claimed, was true. I don’t know how long after that my sister made him sleep on the couch, but at least he made his point…

First for Women is now focusing on the fact that women are also worried about their safety, especially on the roads. So, the company has devised the “Guardian Angel” app which has clever features, including crash detection and alerts – as well as the normal assistance which the company provides its female clients in an emergency.

To showcase this useful offering, the latest TV ad shows two women obviously off on a road trip. One is cramming an overpacked suitcase into the boot (no comments here from me…) while the other is contemplating what CDs to play on the trip (all of them are pink – again, no comments).

All the while, they are conversing with each other and one is talking on the phone to various people.

The chat also mentions that the app is on – a vital part of the trip preparation.

It’s short, it’s simple, but it shows clients (and potential clients) that First for Women understands them and will help protect them. 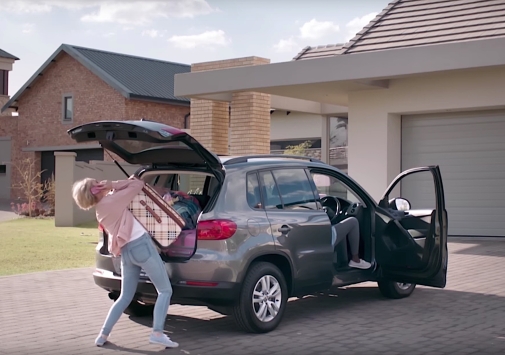 That peace of mind is a powerful sales pitch in that target market – so First for Women gets an Orchid.

I do realise that advertising is not meant to be literal, nor is it, in telling a supposed “brand story”, anything like an official history.

But I really get riled sometimes by the silly liberties taken with reality.

Having been inundated with repeats of the Windhoek Lager ad on Comedy Central, I began to focus on it and note its absurdities.

The premise of the ad is that, way back when (it looks like the 1930s, and certainly pre- World War Two) the brewers of Windhoek Lager ran out of the hops, yeast and other natural ingredients with which they made their beer. So, rather than use any old rubbish lying around, they stopped brewing.

Now that part I sort of  believe, although South West Breweries (or its equivalent in German) as it was then known, would have been run by highly efficient German who would be unlikely to have not ordered in the ingredients in time, they would have halted brewing.

This would have been because the Windhoek brewery only makes beer according to the centuries-old German “Purity Law” which permits only a certain number of natural ingredients in the making of beer. 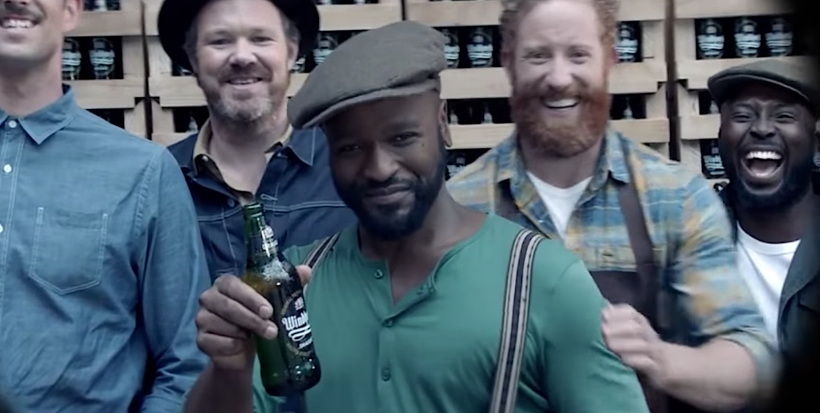 However, what is certainly not “100% pure” – as the beer definitely is – is the history in the ad.

In the 1930s, Namibia was a South African-administered territory where the rules of apartheid were strictly applied and black and white workers simply did not mix and have fun together.

It would have been less than a generation since tens of thousands of Herero people in eastern Namibia were massacred by German troops under General Von Trotha.

I lived in Namibia and even when I was there up to independence in 1990, there was nothing like that racial mixing.

So, for stretching historical facts way too far, Windhoek Lager, you get a pure Onion.

A pity – because Windhoek Lager is still my favourite beer.