One of my greatest pleasures is a road trip. Getting up before sunrise, packing, with the aroma of the bacon-and-egg sarmies wafting through the car, almost as heady as the anticipation in the air. And this country, South Africa, has provided me, and my family, with some amazing memories.

In the old days, the then SA tourism body, Satour, used to have a slogan which talked about a “world in one country”. Even though that’s not used today, it is still apt. There is so much to see and do within the borders of this country that you sometimes have to wonder why you would go anywhere else.

I’ve sat amazed when friends and colleagues talk to me about trips overseas, yet they have not travelled the Garden Route or looked out over the Blyde River Canyon…

And, when you see a great ad which speaks to the idea of a road trip, the accelerator foot gets itchy again. Such was the case for me with the latest spot for SA Tourism’s Sho’t Left campaign to get people to see their own country.

It’s all so familiar: the early morning, the car packing, the sarmies, and, especially, the excitement. The ads takes us across the breadth of the country, from beautiful beaches to magnificent mountains, to exotic eateries. All the while, it’s about fun. 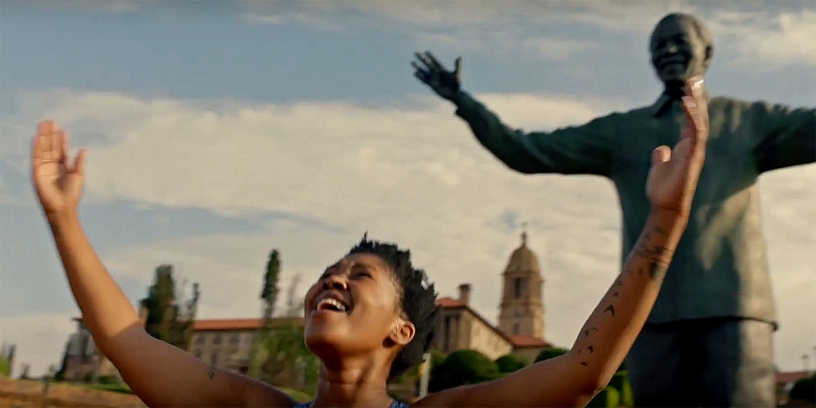 The interesting thing about the ad – and one cannot ignore this in a country as obsessed with race as we are – is that the only people in it are black. Now, in anticipation of the howls of “racism!” from whiteys, I think it is intelligent marketing.
The reality about the South African tourism scene is that black people are only now – 24 years after the end of apartheid – starting to travel more inside their own country. They will be the lifeblood which keep the tourism industry growing into the future. Yet, the long-awaited “freedom dividend” for the industry is still some way off.
There are still places in South Africa where black people feel uncomfortable because they are dominated by white guests. The ad doesn’t, correctly, address that, but seeks to convey to young, black, upwardly mobile people, what they have on their own doorstep.
In doing so, there is a vibe and an energy which should really make even the old fart whiteys like me yearn to get out there. And I did, despite the fact that the first time I saw the SA Tourism ad, I had just got back from a magic weekend in the Groot Marico.

So Orchids to SA Tourism, to FCB Joburg and to Ola! Films. And I only have one thing to add: Forests! I need to breathe the clean air of forests and mountains…

I have tried to stay away from commenting on the controversial listing/non-listing on the Johannesburg Stock Exchange of the Sagarmatha Technologies group…mainly because they will accuse me of attacking them because they are our competitors (they are the company which, effectively, runs Independent Newspapers).

I cannot comment on the very convoluted and technical financial stories I have read about the so-called tech behemoth which should have had a market capitalisation of R50 billion. However, there are a couple of curiosities from a marketing point of view which, while they might not deserve an outright Onion, certainly deserve a comment.

The use of words in a marketing context is critical, because they say so much about you and your products – and particularly in ways you never intended. And there are a few words used by Sagaramatha which make you wonder if they had any professional advice about corporate identity.

The references to the “Galactic Superhighway” – upon which this giant is about to travel – are nonsensical. Galactic? Are you going into space? Superhighway? What? Isn’t that just an outdated way of describing the Internet (with Information ahead of it)? This sort of language might appeal to fans of TV’s Big Bang Theory comedy…but serious investors? Not such.

Then there is the big noise about the group is that it is going to be Africa’s answer to Google, Amazon etc. So why on Earth name the company after an Asian landmark, Mount Everest, and use its local name? What would have been wrong with Kilimanjaro, or Zambezi, for instance?

The next curiosity is the insistence that the group is a stock market “Unicorn” – i.e. a tech start-up with a market cap of more than 1 billion US dollars.
The Unicorn is, though, a mythical beast. Pretty much like Sagarmatha’s JSE listing, which was abandoned last week when the exchange said the group had failed to meet the technical requirements.

If words are not really that important, then why not rename the Group “Titanic Limited”?