One of the things to be thankful for about the FIFA Football World Cup 2018 (Trade Mark registered) is that it was not held here…if only for the fact we wouldn’t have to put up with God-awful Budweiser beer. Nevertheless, we were pounded by all of those international ads…even for products we can’t get here (like some Hyundai SUVs promoted by pop group Maroon 5) or which are, thankfully, not mainstream, (like Budweiser).

Most of the ads washed over me like lukewarm dishwater because, when you make an ad for such a wide audience, bland tends to be your watchword.

One ad did stick out, though, because it speaks right to the heart of one of the major problems with professional football these days…and that is that theatrics which accompany almost every foul, tough tackle and so-called injury.

Brazilian superstar Neymar was, far and way, the Oscar winner for his performances in this sector, but there were plenty of others whose antics would have you believe that playing football is about as dangerous as charging into machinegun fire on the battlefield.

KFC, one of the sponsors of the football epic, capitalised on this by showing a not-so-over-the-top dive on the pitch (compared to the ones which took place in real life, that is), followed by an agonising roll. It starts off no different from plenty we saw in the tournament. But then, it goes on and on. As fans and TV crews chase the player’s agonised writhings, he keeps spinning over and over…out of the stadium, into the surrounding city. On and on until finally, he rolls into a KFC outlet.

Suddenly, he is cured. He has “made a meal of it” – both on the pitch and off.
And that slogan – “Make a meal of it” – was the hashtag for fans to communicate with KFC every time they saw some outrageous diving and players making a meal of it in their over-acting.

It’s humorous, it speaks to phenomenon everyone has been talking about, and it works to emphasise how far you would go to get the great taste of KFC.
So it gets an Orchid from me.

The Onion for World Cup ads, though, must go to Hyundai and Maroon 5. It’s not that I don’t like the product, or that the ad doesn’t accurately showcase features of the company’s product. The problem is not just that we can’t get those products yet in SA…but it is the fact that, repeated over and over, ad nauseum, Maroon 5’s song, Three Little Birds (Everything’s gonna be alright…) eventually becomes painful, like having a tooth drilled. 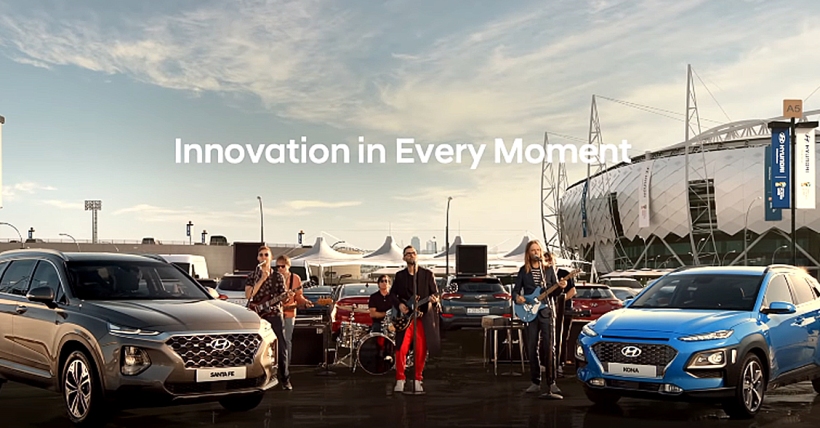 For violating one of the Golden Rules of advertising – don’t push anything past its natural pain threshold or sell-by date – Hyundai gets an Onion.

We have, in this country, a group of superheroes, the mere appearance of whom will cure all of our ills. They are called politicians…and at least they seem to believe that seeing their attractive (not) mugs on newspaper ads, on TV and on roadside billboards, will sort out everything from AIDS to poor school results.

Doesn’t appear to be working, people, at least going by the popularity of our new national symbols – the barricade and the burning tyre…

Yet perhaps the most pathetic one I have seen was down in KwaZulu-Natal recently – and may I preface this was saying in all humility (in case His Majesty is listening), I have nothing against Zulus: They are by far the most interesting people who have threatened to kill me.

On a number of the byways I love to take when I am down in The Kingdom, I saw repeated pictures of one Willies Mchunu, who is now Premier, but was once MEC for Transport. These images were adorning posters urging people to think about road safety.

Point one: using a poster on the side of a road (which can easily cause a driver to be distracted from the job at hand) to promote road safety is not too clever. One would have thought that Mchunu, in his previous life of MEC for Transport, might have realised this. Never mind that these posters have clearly not been checked or replaced in the two or more years since he left the portfolio.

Point two: What on earth does your face have to do with road safety? I am so sick and tired of the cult of ego among our politicians. It proves one thing with crystal clarity: public office is all about the politician and not the people.

Imagine that money being spent on doing some actual good. To quote John Lennon: You may say I’m a dreamer…