Much as I love my kids, there are plenty of times when I’m glad they’re out of the house: my daughter will be a qualified vet by the end of this year and my son seems happily ensconced as a senior account manager with the trust company he works for in Amsterdam. And the days of worrying about their education are over.

I really feel sorry for parents with young children because education (both school and university) has become an expensive nightmare. Looking at the seeming chaos around admissions to schools across the country, I am glad I don’t have to camp out on a sidewalk – as some families were doing not so long ago outside some primary schools in Johannesburg – just to get my child’s name of the list.

The money you need is eye-watering, especially if you’re considered middle-class well-off-enough not to need subsidies or free schooling. Apart from the school fees themselves (and for a good government school these days, it’s not far off what you are paying at a university); there are school uniforms and then books and stationery.

A clever friend of mine in Durban, whose children are at a small private school, tells me she pulled quite a clever one recently. As is the practice in many such schools, there is an agreed list of requirements (mandatory and optional) which are available at a specific supplier. In her case, it was Walton’s. And getting all the things on the list would have cost her R1 000 per child, she told me.

She waited until the CNA shop near her had marked down some items, after government schools had gone back…and she spent an hour there (using the Waltons list) to get what the children needed. And she saved hundreds of rand.

It shows you what price we, as middle-class South Africans, are prepared to pay for the illusion of convenience, she said.

I was reminded of this seeing the funky Checkers “Back to School” ad which has only just finished airing on TV. 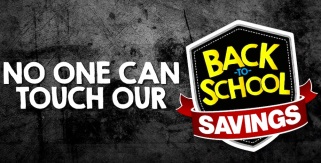 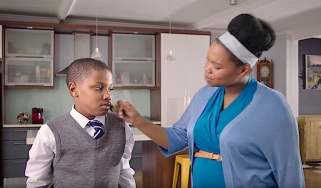 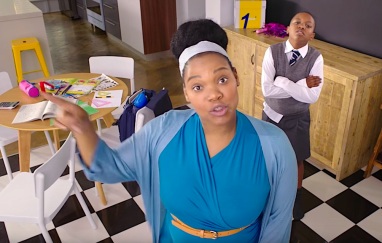 It shows the domestic goddess, the mother around which everything else revolves, getting her kids fired up and into gear for the back to school day. But it’s all done to a clever rework of the classic M C Hammer rap song “U can’t touch this”, with mom the funky groover – but still very much in charge.

It captures a bit of that hectic energy in a suburban house on a back-to-school day…although, to be honest, I can’t remember it being anything like that much fun.

Still, it does showcase how involved Checkers can be in the whole process, from food to clothes, to stationery. And it does make the chore of getting everyone organised a little bit more fun.

So, Orchid to Checkers.

Everyone’s been talking about the peculiar piece of brand suicide being engaged upon by Ford at the moment, in the wake of the spate of fires in their Kuga range.

Vuma Reputation Management founder and CO Janine Hills was on ENCA this week, making the point that it seems as though the huge multinational doesn’t seem to care about Africa. Worryingly, she put her finger on a possibility that many other commentators have missed: If the brand damage continues, then Ford’s local operations – including the huge assembly plant at Rosslyn outside Pretoria, could be affected, hitting not only exports, but also costing local, South African jobs.

It goes without saying that Ford, as an organisation, gets a huge, char-grilled Onion for Crisis Management: How Not To Do It 101.

But it is not quite as simple as that.

Watching American Jeff Nemeth, CEO of Ford SA, squirming at a press conference (said to be forced by the actions of the Consumer Commission and not of Ford’s own volition), I had to agree with Hills that we are being disrespected as customers. But I think the blame for that lies with the corporate bureaucracy of the global multinational and not with its local operation.

I know the people at Ford SA, so you may accuse me of bias. But I cannot believe they would have allowed this saga to unfold as badly as it did unless the big boys in the States had told them to shut up in the hope it would all blow over. Also, Ford SA uses Meropa as a communications partner and I cannot believe that firm and its boss, Peter Mann, would have not tried to get something done.

The attitude of Ford globally was diametrically opposed to that of Volkswagen/Audi in the emissions scandal in the US. The Germans admitted guilt, many very senior executive heads did roll and huge fines will be settled. Even in this country, where the group’s models were not affected, local VWSA CEO Thomas Schäfer wrote to all customers to apologise and explain.

VW’s local image, which is strong, suffered nary a wobble.

The problem is that Ford’s response has been characterised by ducking and diving. The most important issue is that Kugas be checked and rectified and, if necessary, the owners compensated.

But Ford needs to reassure other model owners that there are no chances of similar problems. As a petrolhead, I know that there are a number of engines in the Ford family with the same basic layout as the 1.6 turbo motor which has been causing all the problems in Kugas. It is simply not good enough to say the problems only affect the 1.6 – without explaining why.

Here’s my free tip to Ford: Put out a detailed statement, along with a diagram, showing exactly what the problem is with the 1.6 and why there shouldn’t be similar problems with other motors.  Go on TV and explain…make a public service ad which shows everything in video.

I understand that the under-bonnet plumbing – especially of the hot exhaust manifold – is unique to the 1.6. But I heard that in a conversation with someone at a Ford dealer. He was also annoyed that the parent company hadn’t bothered to pass on the message about fire problems which necessitated a recall of the Kuga (or Escape) in the US in 2015.

And, frankly, Ford, you need to send Mr Nemeth to oversee a parts operation in the outer reaches of  Dearborn.

He comes from the country whose President Roosevelt coined the phrase “the buck stops here”.

The charred remains of the buck are on your desk, Mr Nemeth. Do the right thing and pave the way for the day (in the far future, it seems now) where Ford might come again into the reckoning for an Orchid from me…